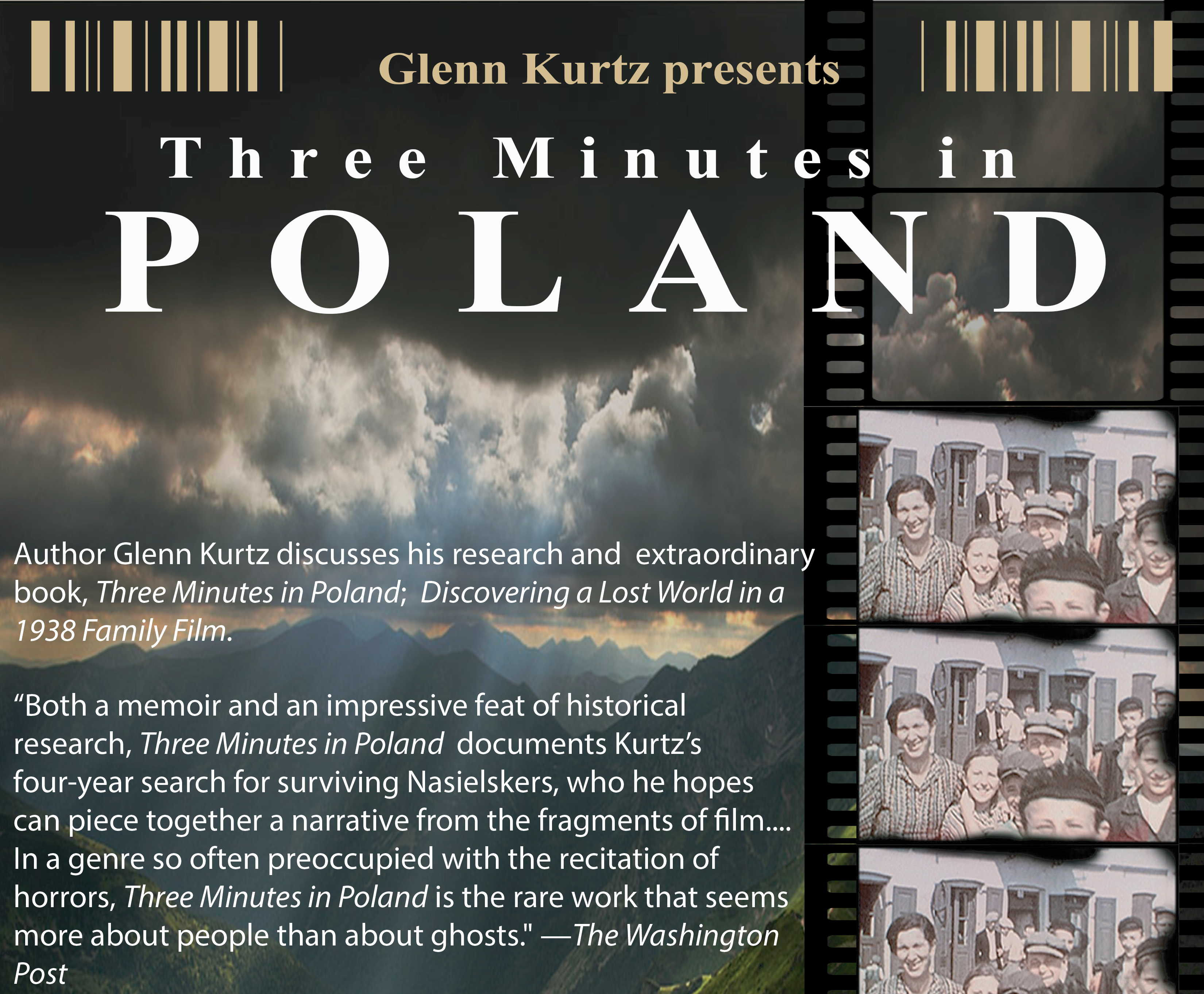 Author Glenn Kurtz spoke on his book, “Three Minutes in Poland: Discovering a Lost World in a 1938 Family Film,” which was selected as a Best Book of 2014 by The New Yorker, The Boston Globe and National Public Radio.

Kurtz showed the three minutes of footage, talked about his research and what it means to preserve history through film.