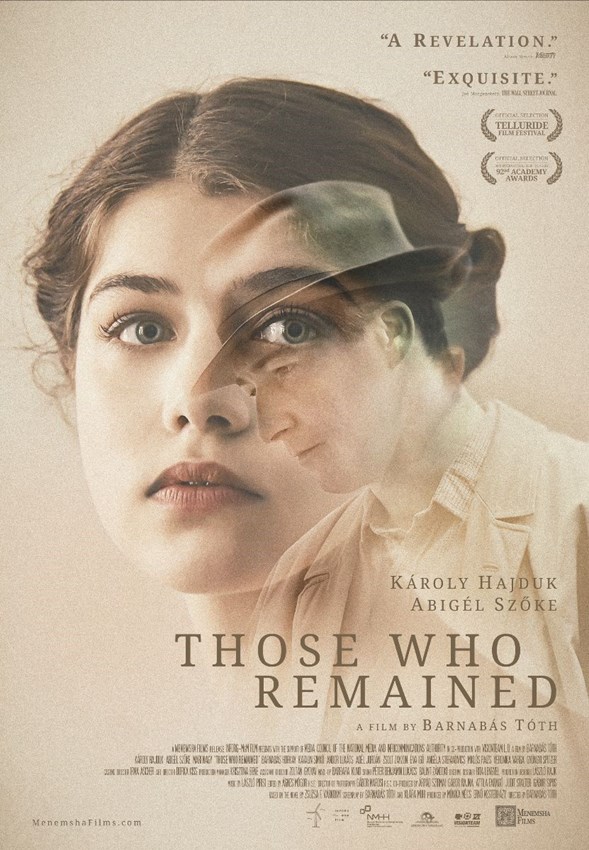 "Those Who Remained", the Hungarian film sponsored by the Alaska Jewish Museum for entrance into the 2019 Anchorage Internationat Film Festival received the Jury Award for Best Narrative Feature film. It also was 2nd Runner-Up for the Audience Choice Award. A lyrical story of the healing power of love in the midst of conflict, loss and trauma, “Those Who Remained,” reveals the healing process of Holocaust survivors through the eyes of a young girl in post-World War II Hungary.

"Those Who Remained" premiered at the Telluride Film Festival and is also Hungary’s official entry in the 2020 Oscars' International Feature Film category.