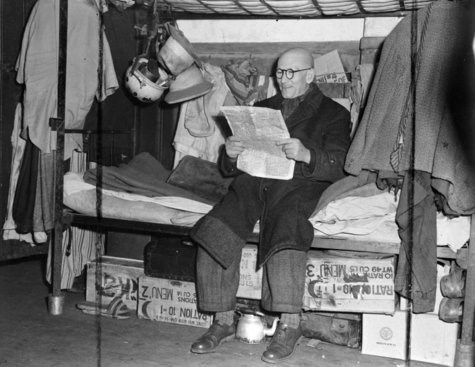 The Nazi “Anschluss,” the annexation of Austria by Germany in March 1938, touched off a great tide of refugee migration to Shanghai, and some 17,000 residents of Central Europe streamed to the city from 1938-1939. Most were destitute or nearly so. In 1938, the Committee for the Assistance of European Jewish Refugees in Shanghai (CAEJF) was organized, and JDC supplied most of the funds it needed. In 1941, Polish refugees arrived in Shanghai from Lithuania after crossing Siberia. After Pearl Harbor, the Japanese authorities closed Shanghai to further immigration. But at the same time, they deported to it most of the Jewish refugees then living in Japan and other Jewish refugees trapped in the Far East while in transit to other countries. All told, some 20,000 refugees lived in Shanghai at the opening of 1942, and 15,000 survived the war with JDC aid. About two-thirds of the refugees came from Austria and Germany, and the others were from Eastern European countries.

Tales From China with Chief Rabbi Shalom Greenberg of Shanghai