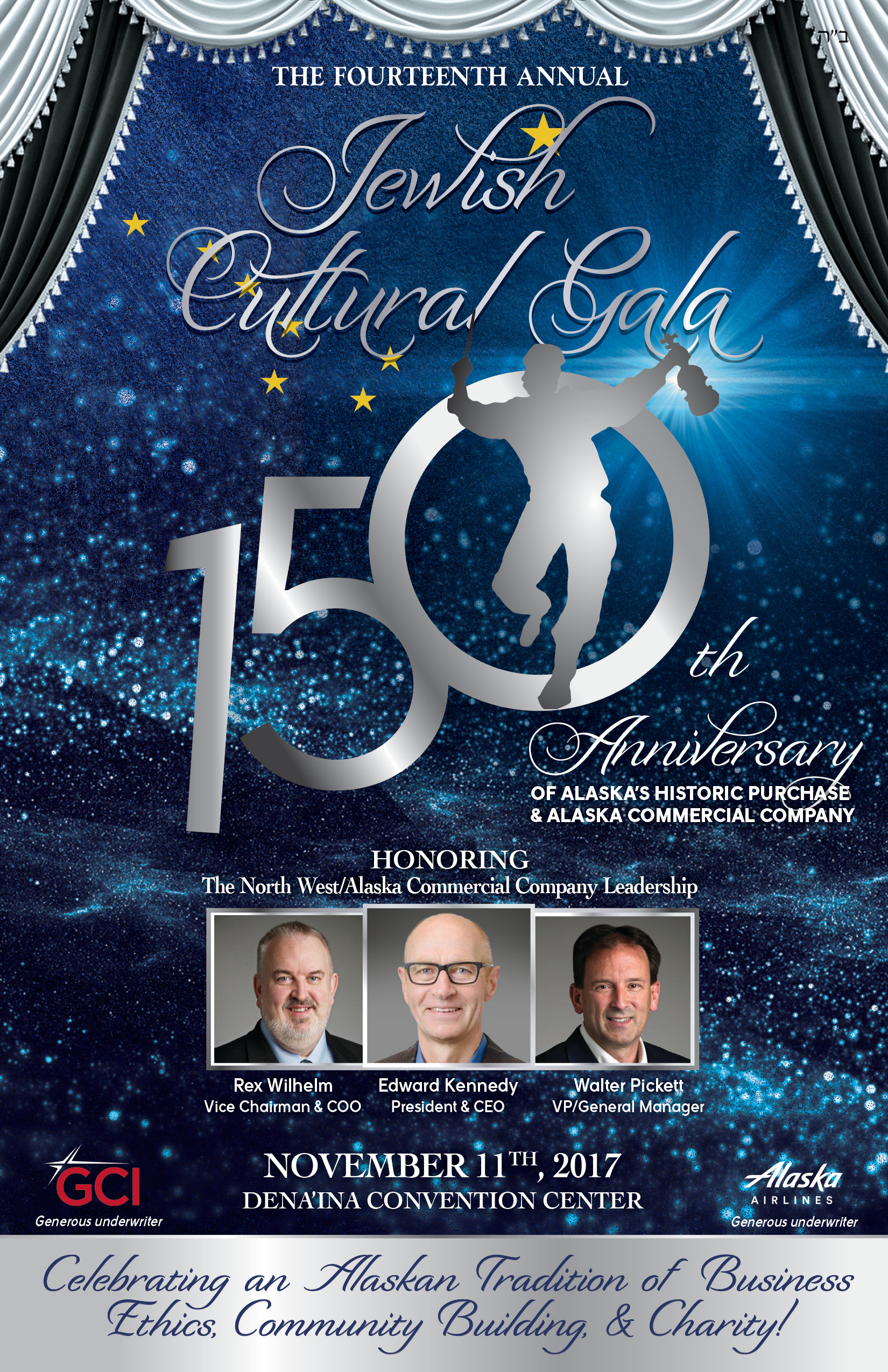 The Jewish Cultural Gala in Anchorage Alaska on November 11, 2017, honored the 150th Anniversary of the Alaska Purchase, and the Alaska Commercial Company (ACC). The history of the ACC is interwoven with the history of Alaska. From the time of the Alaska Purchase in 1867, to the Gold Rush years, and to the present day, the ACC has been the provider of groceries and general merchandise for trappers, explorers, miners, and Alaska citizens in general. The company prides itself on a long history of practicing ethical business standards implemented by its Jewish founders, San Francisco merchants Louis Gerstle and Louis Sloss, who sought to run their operations according to the three principles of Judaism: charity, education, and social justice. An exhibit about the Alaska Commercial Company and the lobby of its founders for Purchase is in development by the Alaska Jewish Museum at the present time.