Above and Beyond Film Screening with Producer Nancy Spielberg 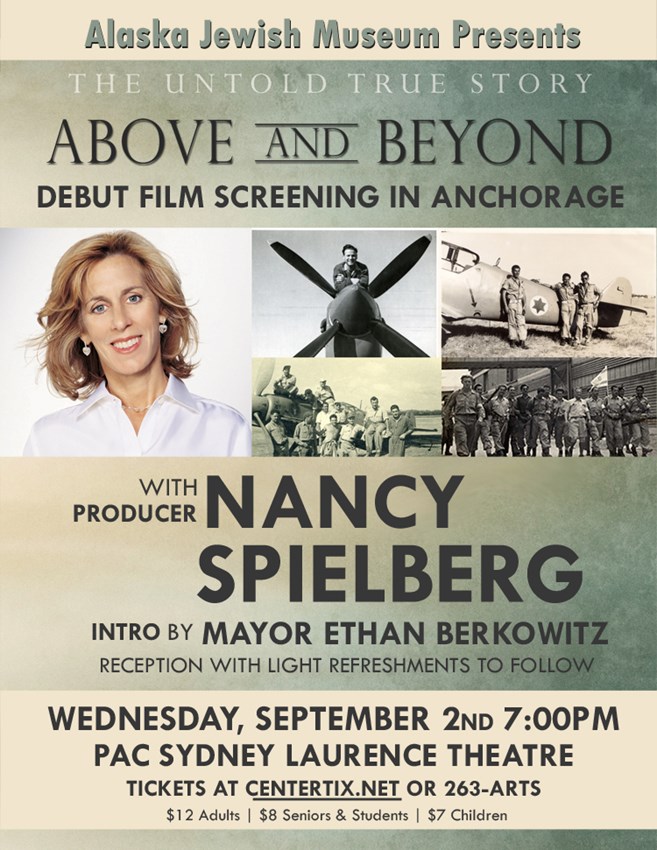 Alaska Jewish Museum is proud to welcome to Anchorage Producer Nancy Spielberg for a screening of her latest film, "Above and Beyond" the first major feature-length documentary about the volunteer pilots in the Israeli War of Independence. The film follows the pilots on their circuitous route from the United States – where they met and trained in secret and struggled to stay two steps ahead of the FBI – to Panama, Italy, and Czechoslovakia, where they flew versions of the very Nazi planes they had tried to shoot down in World War II.

More than a retelling of the ’48 Arab-Israeli War, "Above and Beyond" examines the motivations of the foreign volunteers, or Machals as they were called, both Jews and non-Jews. It mines the tensions between the Israelis and these volunteers. Would the latter stay in Israel after the war? Were they loyal to their own country first or Israel first? The film recounts the personal stories of the young pilots, whose experiences in Israel were life-altering. And through their stories, ABOVE AND BEYOND reveals how under-equipped and isolated the Israelis were, how desperately they needed planes and pilots, and how critical the actions of these young men were for the country’s survival.