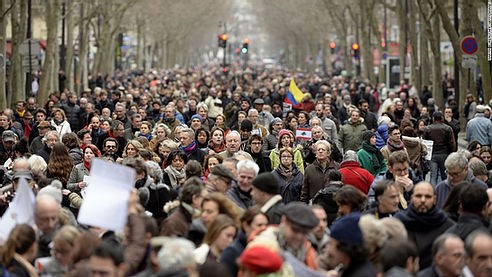 In 1980, John Lennon explained the meaning behind his song “Imagine.” Speaking with reporter David Sheff, the former Beatle said, “‘Imagine’ is saying that [if] you can imagine a world at peace … then it can be true.”

More than three decades later, Lennon’s song unified a crowd at a Paris rally this Sunday, held in the days after extremist attacks claimed the lives of 17 people.

Shanghai Jewish Refugees Museum Exhibit: "The Past Is in The Present: The Future Is Still in Our Hands."